Doesn’t religion divide people and cause violence? Aren’t more people killed in the name of religion than for any other reason? Identifying as a Christian sometimes means getting lumped with every religious whacko, sociopath, and nut job. 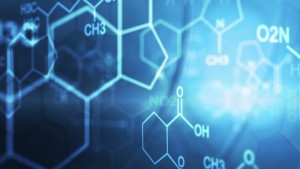 So, for perspective, I made a list of scientific facts that many scientists would like to distance themselves from. I expect angry emails.

THINGS THAT WOULD BE TRUE IF WE HELD SCIENCE TO THE SAME STANDARDS THAT WE HOLD CHRISTIANITY:

— Scientists developed chemical and biological weapons so scientists are humanity-haters.
— Relativity is at odds with quantum mechanics so science is a bunch of crap.
— Scientists design factories that pollute our planet so scientists hate the planet.
— Information in new scientific textbooks contradicts information found in older scientific textbooks, which is proof that scientists teach things that are not true.
— Scientists invented thalidomide. If you are under 40, google it and be horrified by science.
— Sometimes science teachers molested their students so all science teachers are bad.
— A medical journal (The Lancet) published a link between autism and vaccines so all medical journals are junk science.
— A scientist once told me my answer was wrong and his answer was right. But who was he to judge? What a jerk.
— Scientists created enough nuclear weapons to destroy every human on the planet so scientists must want to kill us all.
This Sunday at LCC we’re getting some perspective on faith and violence. Saints, sinners, and scientists are welcome.